CINCINNATI — Indie rock giants The National returned to their stomping grounds to host the inaugural two-day Homecoming music festival this weekend at Smale Park with Feist, Big Thief, Father John Misty as well as other emerging rock and alternative artists.

Along with Wilco, Bon Iver and The Decemberists, The National is part of a growing wave of indie rock artists who are curating their own music festivals for fans. It’s a way to provide music lovers with a more intimate experience in comparison to the larger likes of Coachella, Bonnaroo and Lollapalooza.

Homecoming truly felt like The National had returned to their roots with two special performances each night. Saturday’s set featured selections from “Sleep Well Beast,” “Trouble Will Find Me,” “High Violet” and “Alligator.” Sunday’s set featured 2007’s “Boxer” in its entirety and the debut of the band’s newest song, “Light Years.”

Lisa Hannigan, Spank Rock, Sam Amidon and Kristin Anna joined the Dessner twins and Mouse on Mars to kick off the first night of the festival. 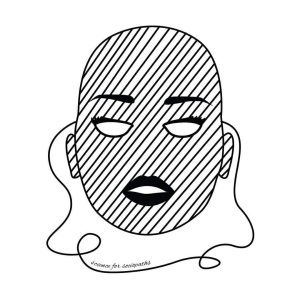 DETROIT – For Science for Sociopaths, writing and singing about romance and growth is a labor of love.

On “Love & Life,” Cocco’s inspirational lyrics and soulful, powerhouse voice are reminiscent of Carole King, Patti Smith, Kelly Clarkson and Emmylou Harris rolled into one. Her richly-layered songs unravel relatable situations for fans who have experienced the trials and tribulations of life and love.

Cocco is releasing her first single, “I See You,” today from her upcoming double EP. “I See You” brings an acoustic foot-stompin’, finger-snappin’ tale of an unexpected love facing personal triumph despite life’s ongoing challenges.

“‘Love’s four heartfelt songs explore infatuation, confidence, insecurity, frustration, anger and loss as it pertains to romantic love. I was inspired to draw personally from my own love life and pulled a ‘Taylor Swift’ of sorts,” said Maggie Cocco, who formed Science for Sociopaths in 2016. With ‘Life,’ I dealt with the deep stuff bordering on existential. Everything from self-love and being our best selves to life’s toughest questions and big decisions. It’s real, and so sometimes it’s dark, but it’s always hopeful.”

END_OF_DOCUMENT_TOKEN_TO_BE_REPLACED

The Detroit-based quintet are spreading the nectar of the Motor City’s burgeoning jazz indie rock scene at clubs like The Blind Pig and Om of Medicine in Ann Arbor, The Loving Touch in Ferndale, the Plymouth Roc in Plymouth, the Tangent Gallery in Detroit and The Loft in Lansing.

Gomulka attributes the band’s smooth sound to their longtime love of past and present jazz, soul and funk singers and musicians, including Esperanza Spalding, Sharon Jones, Kneebody and Hiatus Kaiyote.

“When we first started this band, I don’t think any of us were like let’s make jazzy music. When I was young, I grew up listening to Ella Fitzgerald and Sarah Vaughan because that’s what my parents played,” she said. “So when I sang people would be like, ‘Oh you sound like Sarah Vaughan or something like that.’ I was like, ‘Oh, I wasn’t even trying to sound like her.’ I think that’s where our jazzy sound comes from. It’s just what comes out.”