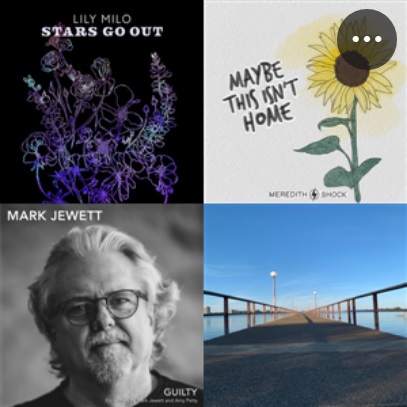 As the year (thankfully) comes to a close, we reflect on the strength, grit and willpower that slowly got us through. Together, we relied on new soothing, hopeful tracks that provided a welcome escape from the COVID-19 pandemic, social isolation, political rifts, grief and loss.

Thank you for everyone who supported The Stratton Setlist in 2020. It’s an honor to feature you and the share wonderful music you create today and tomorrow. Interested in becoming part of The Stratton Playlist on Spotify? Send your submissions to strattonsetlist@yahoo.com. All artists and genres welcome.

“Ultimately, I think politics is always divisive. Peter Tosh would call it ‘politricks.’ But yes, this period in time has been especially unprecedented. Although I do not call out Trump by name in this song and take the approach of an old-school reggae song, where we speak in metaphors and allegory stories, clearly it references the cascade of lies and falsehoods that seem to never end,” Jaffe said.

“However, yes, the song also speaks to the timeless, and sadly, seemingly ever relevant problems this poor type of leadership brings, and it’s not just limited to the U.S.”

Rose eagerly chants, “Promises are a comfort to a fool/All they wanna give is promises/We know the golden rule/Yet they wanna use you like a footstool.” In response, Jaffe soulfully sings, “Step on you to reach that goal/And cast you aside when you played your role/Promises that keep on saying/But then you look at them and see they’d never change.”

“My vision for this song is something that’s uplifting and triumphant over adversity. Something that rises above the current moment, however difficult it is, and gets back in touch with the universal consciousness,” Jaffe said.

With honest, reflective lyrics and a hypnotic reggae sway, Jaffe and Rose triumph with “Promises” as a fitting theme song for our turbulent political and social times. The track serves as the duo’s second dynamic collaboration since the divine, glistening “Elohim” with Shimshai in 2015 for Jaffe’s Dub Mantra Sangha album.

“Mykal Rose has always been one of my longtime heroes of reggae music. We have a mutual friend named Siah who is his guitar player and produces some of his songs. Mykal is a true legend; rocksteady in the studio and always pushing everyone to capture their best possible take. It was a true blessing,” Jaffe said.

END_OF_DOCUMENT_TOKEN_TO_BE_REPLACED 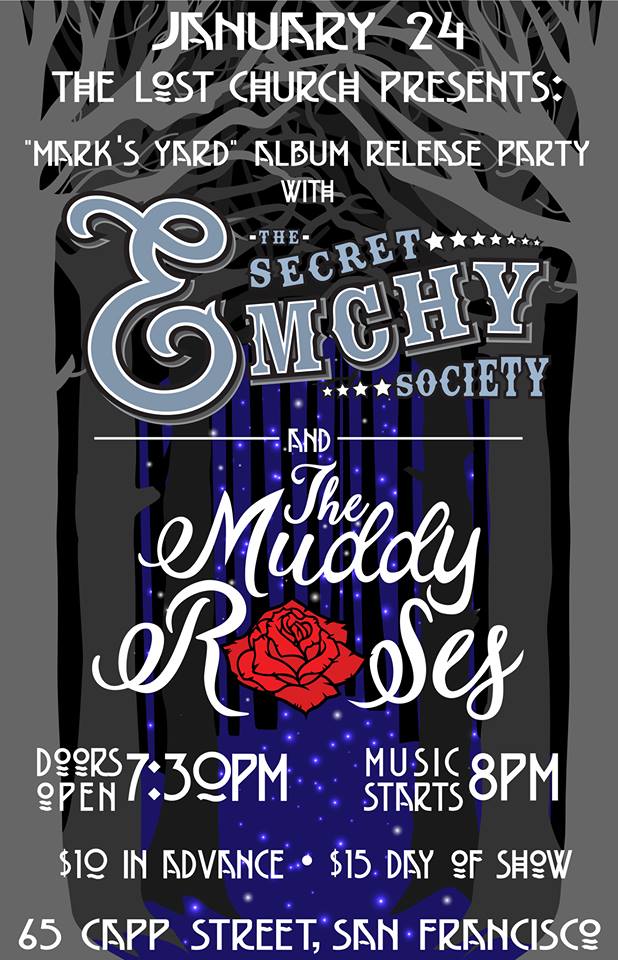 The Lost Church show will double as a “Mark’s Yard: The Campfire Covers” album release party for the Oakland, Calif., queer country music collective and feature Americana legends The Muddy Roses as a special guest.

During the show, The Secret Emchy Society will provide “hymnals,” or booklets with lyrics, to audience members so they can sing along to songs from “Mark’s Yard,” a new covers album the band released in December.

“This room has wonderful acoustics, and we’re actually not going to amplify, but we’re definitely going to do most of the album,” said Cindy Emch, frontwoman, guitarist and accordionist for The Secret Emchy Society. “This album was made with the intention of serving up a community experience. There will be swaying, stomping, laughter, dorkery and stories about songs that will surely go off on tangents.”

The album allows Emch to come full circle with her love of country music after hearing the likes of Willie Nelson and Crystal Gayle as a child and watching her mother play the accordion.

END_OF_DOCUMENT_TOKEN_TO_BE_REPLACED

Hosted by the Gay Ole Opry and Queer Country Quarterly, the show also will feature country music compadres Karen & the Sorrows and Viva.

“It’s New York, oh my God, that’s how I feel about it,” laughed Cindy Emch, frontwoman, guitarist and accordionist for The Secret Emchy Society, in late September during a phone call with The Stratton Setlist from the Bay area. “That’s the Michigan native playing New York, and that gets people excited.”

Emch will make her sole stop in New York City Saturday as part of a short fall tour, which also includes a Nov. 18 gig during the Queer Country Showcase at the Ivy Room in Albany, Calif., with Lavender Country and Velvetta.

“The Ivy Room started doing this great thing the third Sunday of every month where they do a 4-9 sort of country music showcase, and they have different local bands doing it,” Emch said. “I feel like there’s a lot of good Americana coming out of the Ivy Room right now.”